Face Value: An excerpt from a work in progress

In my current work in progress, we once again revisit the intrepid psychic detectives of Snowe Agency as they are launched on a third mysterious murder case, this one involving a well-liked elementary school teacher who was knifed to death while out jogging.  Unfortunately, the only witness is unable to identify the killer -- but there's no guarantee that this fact will keep him safe, once Seth, Bethany, Callista, and the other detectives start to uncover the clues and find out that this was more than just a random robbery/homicide.

Here's the first chapter of Face Value, the sequel to Poison the Well and The Dead Letter Office.

Hi all... Today, I've got a guest post from my friend and fellow writer, the amazing MaryAnn Kempher, who has just recently released her mystery/romance Mocha, Moonlight, and Murder.  Here's a little about her novel -- which sounds like brilliant fun.


Mocha, Moonlight, and Murder is romantic suspense. It will appeal to romance lovers, because Scott and Katherine (eventually) have such a fantastic friendship, that blossoms into something more. They really like each other and the reader will really like them. It will also appeal to readers who love a good mystery; a woman is brutally murdered three blocks from Katherine’s. She sees the killer as he’s preparing to dispose of the women’s body, but manages to out run him. He finds out who she is and starts stalking her. 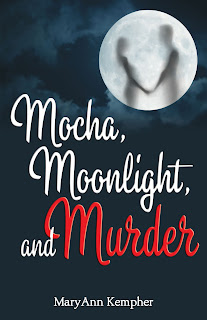 Instead of feeding her late-night appetite, a midnight food run nearly gets 28-year-old Katherine O’Brian killed. She’s the only person to see the man who brutally murdered a local woman, and the killer is hell-bent on making sure she doesn’t talk.
Scott Mitchell left a broken engagement behind when he moved to Reno, and the last thing he needs is more melodrama. But when he and Katherine are paired for a college project, that’s exactly what he gets. It can be very distracting when someone is out to kill your lab partner. Together, they try to figure out what the police haven’t been able to—the identity of the murderer. Passion flares, but with Katherine’s life in danger, romance seems like more than a bad idea.
Scott and Katherine will face jealousy, misunderstandings, lust, and rivals, not to mention attempted murder—and all before their first real date.

Author MaryAnn Kempher:
My family moved to Reno NV, where Mocha, Moonlight, and Murder is set, when I was 15. I currently live in Florida with my husband, two children, two dogs and one cat. My favorite author is Jane Austen, but my writing is also influenced by Agatha Christie. I love her Hercule Poirot mysteries.
My Twitter handle is https://twitter.com/maryannkempher. You can find me on Facebook: Author Maryann Kempher, or at my website: http://mkempher.com
Here's my Amazon author's page: http://www.amazon.com/-/e/B00CDNQ37Q
Mocha, Moonlight, and Murder is available in ebook format for only $2.99 at:
At http://amazon.com
At http://www.BarnesandNoble.com

Posted by Gordon Bonnet at 1:11 PM No comments:

Good luck sometimes isn't all it's cracked up to be.

“Scotch.  Double.  Neat.”
Jim Quick, for twenty years the bartender at O’Donnell’s Irish Pub, wiped his hands on a towel, tossed it on the counter behind the bar, and turned to his newest patron with a smile.  “Do you have a favorite, then?  Single malt?  Blend?”
“It doesn’t matter.”  The man slumped on the barstool, and ran his hand through hair still damp from the rain.  “Whatever’s handy.” 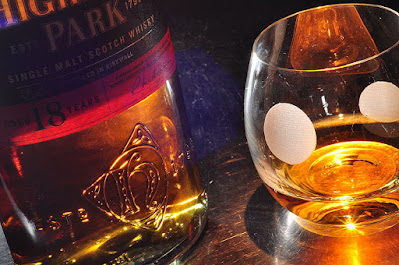