I am pleased to announce the winner and the runner-up of Week 2 of the Tales of Whoa/Potato Chip Math Flash Fiction Contest!

The prompt was the following:

"Rays of red sunlight slant in through the window of the cabin.  The only problem is, I have no idea whether it's sunrise or sunset." 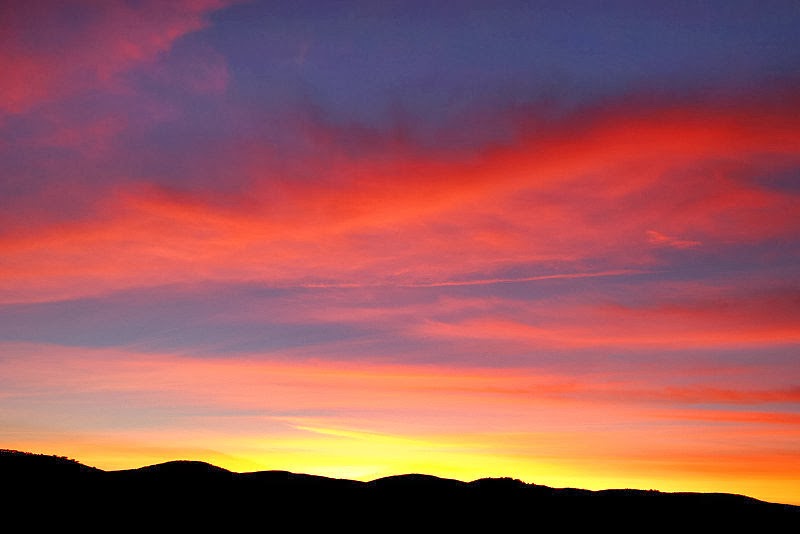 [image courtesy of Fir0002/Flagstaffotos and the Wikimedia Commons]

So without further ado, here is the winner of this week's contest, submitted by KBR:


I don’t make enemies. That’s a punchy, but clichéd way to start. It’s relevant though, because it explains why it is I’m so surprised to find myself hanging upside down by the ankles above a water trough in what looks like an abandoned cabin. Apparently having an enemy isn’t as glamorous as the movies make it out to be. I hope my use of the singular is accurate. Maybe if I use it consistently, life will adapt to the narrative? It must be better to have one enemy than many.

But I don’t make enemies. Maybe I’ve found an enemy? Or, given the current balance of power, an enemy has found me. That could be it: this is someone else’s enemy, not mine. A comforting thought, but not one that’s of any immediate use. First I need to work out where, and in what shape I am: I’ve seen enough spy movies to know that much.

Rays of red sunlight slant in through the window of the cabin. The only problem is, I have no idea whether it's sunrise or sunset. I start to ponder that, but quickly realise it’s not my biggest problem yet – it’s not even relevant at all unless I can work myself free of my bindings.

Let’s start by stretching my wrists – not much slack there. Next: ankles. No luck. Next step, and I’m pleasantly surprised by my logical train of thought, is to test the other end of the binding: I look up and a sharp pain stabs at my neck. It’s like I’ve slept with my head at right angles to my body. For a week. I won’t be doing that again soon. However, it looks like a half-rotten beam. Genuinely past its prime: I’m excited now. I can see, no: feel, a way out of this mess, whatever mess it may be. Quickly, I find myself capitalising on the adrenaline rush. Excited and nervous energy now pervades me.

Time to start swinging and bouncing on the rope – I can see the water trough crossing my vision, getting closer and further as I swing: back and forth, up and down. Each time I bounce I’m sure I can feel a bit more give. Maybe it’s just me, or maybe...with a not inconsiderable effort I look up again – Ouch! But yes! It’s cracked! Just a bit more work and I’m sure I can break it.

Ouch again. The beam broke. But it brought the roof down with it. I don’t think I’ve been out long. My head’s bleeding, but that’s not the worst of it. Looking down past my still-bound hands I see a large sliver of rotten-looking wood sticking out of my side. Yup, I sure showed that beam. I woozily right myself and shuffle to the edge of the trough, gasping for what is to be one of my last breaths. I notice that the red light that now bathes me through the collapsed roof is rapidly fading. Oh, I thought: it’s sunset.

And I'd just like to add that this should be the beginning of a novel, or at the very least, a short story!

And honorable mention goes to Angela Matthew, for her story of a plague victim in a very, very bad situation:


I try to wake up, but the dreams hold me. A whirlwind of images.

It takes all my effort to break through the barrier that keeps me from my consciousness.

I am aware of my body now and I feel the air going in and out of my lungs. Slowly, I shift all my attention on my eyelids and blink.

I find myself in a bed pushed up against a wall which is part of what looks like an unkempt cabin. My muscles protest as I prop myself onto my elbows and look around, trying to find anything which might tell me where I am, or when.
Rays of red sunlight slant in through the window of the cabin. The only problem is, I have no idea whether it's sunrise or sunset.
Sigh.
I push myself up further and lean against the wall- it is cool and solid, quite opposite to the thoughts running through my head.
Where am I? Who brought me here? Is my family safe?
-and the most confusing one of them all- Why am I still alive?

The doctors had said I was infected. They had taken away form home and locked me up in one of those clinics.
It was hell.
People screaming and crying for their families, the stench of blood, vomit and death everywhere. I remember telling myself that if I pinched hard enough I would wake up and find out that it was all a dream. That the plague had never happened.

After what seems like forever I manage to stand on my feet and walk, it feels unfamiliar, as if I hadn't moved in a long time.

I stumble toward the half-open door using the wall as a support. A few steps later I am able to walk on my own. The floor is cold and every step hurts.

Finally I reach the door. I stretch out my hand to push the door, but I pull back.
I can hear voices.

"- wake up. Maybe she won't survive," a woman was saying.

"We have to hope, she's doing good so far. Maybe tomorrow she'll come around."

A chill creeps down my spine- they're talking about me.

"And then what are we going to do, Mark?" says the woman "Study her system? Hope for a cure in another couple of years?"

Mark is silent for a moment.

"We'll have to harvest her blood," he says slowly.

"Yes, she'll die. But we have to try. What is one death compared to thousands? She's the only one immune so far. Maybe it'll work. We need-"

The sound of my heart pounding is so loud I can't hear him anymore.

The room around starts spinning and I feel my knees give away as unconsciousness pulls me back into it's arms.

I am going to die.

Thanks to all who submitted -- and look for the next prompt, over at Potato Chip Math, today!
Posted by Gordon Bonnet at 3:51 AM