So, here we are, Week 8 of the Potato Chip Math/Tales of Whoa Flash Fiction Contest.  The rules are the same as always; 500 word maximum, and the prompt must be included verbatim somewhere in your piece. The deadline is Tuesday, March 4, 2014, at 8:00 PM EST.  We'll post the winner next Wednesday!

So here's this week's prompt -- see where this one takes your creativity: My pal Andrew Butters over at Potato Chip Math has the prompt up for Week 7 of our Flash Fiction Contest.  It's another photo prompt... so this one should be fun!

Remember the rules: 500 words, based on whatever direction the prompt gets your creativity going.  The deadline is Tuesday, February 25, at 8:00 PM EST.

Have fun!
Posted by Gordon Bonnet at 1:48 PM No comments:

Sorry for the delay this week in announcing the winner, but I was off vacationing in sunny Florida.  I know, I know, I won't get any sympathy over that.  Maybe I'll get a little if I tell you that I almost got stuck in Detroit on the way home because of an ice storm?

So enough about me, already.  Last week's prompt was a photograph, and it generated some wonderful pieces of flash: The winner this week has won before, but her piece was such a standout that it had to get first place.  I've always been a sucker for stories that are emotional without sinking into sentiment -- and this one has all of that, and more.  From JMcPike01 we have the following Valentine's Day story:

Behind her she heard the rattle of a skateboard over cement. “Kay! Hey, Kay! Hold up!”

She held up and stepped out aside. It was the boy named Aloha. He had on a baggy shirt over his thin frame and floppy, ragged shoes that slapped on the cement. He rode that skateboard right up to her, kicked it up into his hand like a pro.

“Here,” he said and thrust something at her. “Take it.”

“A flower, stupid.” He held the precious peachy-pink rose in his grubby fingers. “What else is it gonna be?”

“But,” her soft voice embarrassed her when his was so loud, “we’re not…sweethearts.”

He rolled his eyes. “Yeah we are. Don’t you remember what I said to you when you came into our class?”

“Oh.” She had thought it was a cruel joke. She’d never mentioned it to anyone.

She accepted the rose from him and said nothing. He was exuberant. Blonde. Bright-eyed. Everything she wasn’t, with her dark curling hair and dark brown eyes. “I won’t if you won’t.” Carefully, she smiled at him, a genuine thing that she felt from her heart.

His smile was full of spaces. “I won’t.”

She kept the rose in a slim glass vase on her beside table. She looked online for ways to preserve the flower and pressed it flat between a fold of wax paper and dictionary. Its scent lingered in her dresser drawer. When she brought it out, thinking of him, she could still smell the rich, light fragrance and she remembered his promise.
Posted by Gordon Bonnet at 1:42 PM No comments:

Welcome to Week 6 of the Tales of Whoa/Potato Chip Math flash fiction contest... but first, a reminder of the rules:

It's very simple: we give you a prompt, and you write 500 words or less (including the prompt, if it's words -- which this week, it isn't!).

You can write in any style that you wish; just be sure to use the prompt exactly as it is shown, keep it under 500 words, write it in English, and ensure it's completely made up (this is a flash fiction challenge after all).

Next week Andrew and I will post the pieces we liked the best and will do a shout out on Twitter to those folks (if they so desire; if you'd like us to recognize you there, please include your Twitter handle). After a few months we'll compile a list of our favorites and we'll get the Internet to vote. The winner will win stuff (to be determined, but we're sure they'll love it).

This week's prompt is a photograph.  Valentine's Day is Friday -- and this one has a romantic bent, although you are (of course) free to travel with this inspiration to dark places, if you prefer! 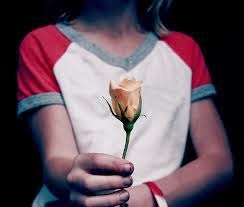 Use the comments below to submit your work.  You can submit anonymously if you want, but wouldn't it be nice to be recognized?

My pal Andrew Butters, over at Potato Chip Math, has just announced the prompt for Week 5 of our ongoing Flash Fiction Contest.

Trust me, you do not want to miss this one.  This week is gonna be fun.

So head on over to Potato Chip Math and check out this week's rules.  One suggestion... make sure you're properly attired...
Posted by Gordon Bonnet at 5:59 AM No comments:

I am pleased to announce the winner of Week 4 of the Tales of Whoa/Potato Chip Math Flash Fiction Contest!

The prompt was the following: 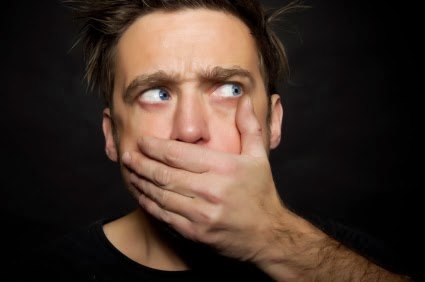 "I have a secret.  No one in the world knows it but me.  And if I tell you, you have to promise never to tell another soul."

This week was this creepy little tale, by KBR:

"I have a secret. No one in the world knows it but me. And if I tell you, you have to promise never to tell another soul." Simon awoke with a violent start. That voice again. Stone cold, but somehow he was sure it was a child’s voice. It never varied, and never came when he was awake. It wasn’t natural.

Something inside him had changed: he didn’t know quite what, but since the girl started to contact him in his dreams, he knew something had changed. He didn’t think he was mad. He had no family to confirm it, but he didn’t need that. His boss had noticed a problem – he didn’t shave as often as he should, and his shirts were that bit more crumpled than is acceptable – but didn’t seem to consider him mad. By this stage though, he was mad: he believed he was being contacted by a demon.

It had started about 3 months ago, that dark utterance. She didn’t come every night – some nights he’d tried to stay awake to avoid it, but lapsed into a comatose state. Other nights he’d become outrageously drunk – both stopped it, that night.

She would never continue though; never tell him her secret. Tonight, enough was enough.

Without turning on the light, for this was a journey he’d made many times since the voice first invaded his dreams, he trudged across his bedroom to the en-suite. The chill of the floor tiles marked his arrival. This was when he’d normally take two steps to his left and reach into the medicine cabinet for some sleeping pills. But they wouldn’t fix it this time, he sensed. He knew what had to be done.

He stepped towards his toilet; reaching behind the old cistern he pulled out a padded envelope. Inside was the answer. It was so clear now. He’d put this day off, but there really was no alternative. He HAD to know her secret. From the envelope he extracted his answer: so fucking obvious now he studied it. He stuck it in his mouth, and pulled the trigger.

Meanwhile in the adjoining flat, separated from Simon’s body only by a plasterboard wall, Sarah lay wide awake. She’d heard the bang, but had been awake anyway. Even after 3 months in her parents’ new house she was unable to sleep consistently. She was afraid, as she was most nights, but this time there was a noise that seemed worse than anything before. Even her infant mind could sense the damning finality in that bang, which was followed by what sounded like a heavy sack hitting the floor. It was extremely unsettling. She turned to the only comfort she had that could assist in her quest for sleep: her doll. She pulled the frayed drawstring on its dirty fabric back, and sighed, comforted, as it whispered conspiratorially its only programmed message: "I have a secret. No one in the world knows it but me..." Sarah, finally, slept well that night.


Thanks to all who participated!
Posted by Gordon Bonnet at 5:55 AM No comments: