What if you met someone on the road, and he offered to tell you the pathway your life would take, in exchange for a gift?

Down the road, heat haze rising, dust scuffed into the air by bare feet.  Even the birds are silent in the baking sun.  Cows stand in what shade there is, heads down, chewing slowly, as flies circle them.  The buzzing and the slow swish of tails are the only noises.
The boy crests a hill, a satchel slung across shoulders burned brown, and begins to descend into a little swale, dry now since the spring rains ended.  He is returning home from the market with flour, oats, barley, salted olives, and a little block of sugar, a rare treasure in this country where plain food is eaten year round, and glad they are of it because there have been some years when there was little enough even of that. 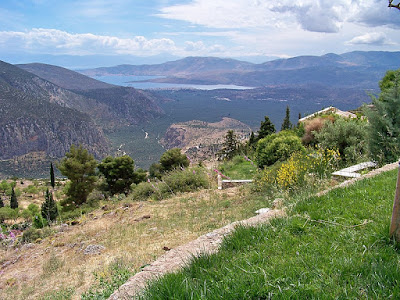