We have a winner from the Tales of Whoa/Potato Chip Math Flash Fiction Contest, week 8!  The prompt was: 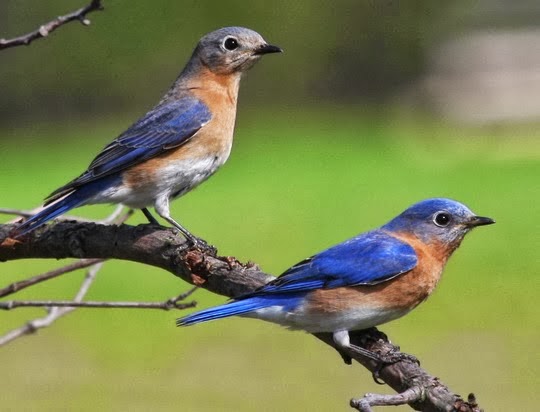 At the time I don’t think it was something I was consciously aware of; that the first sign I had that something was wrong, was when the birds stopped singing. You would think getting the phone call asking me to come in the day before my scheduled appointment might have been the big clue. Looking back I have no recollection of sound of any kind as I walked to the appointment on that February morning so long ago. The sky was bright blue and cloudless, with the full heat of the day yet to come.
There was a part of me that knew what was coming. My world had already started to shift as I was gradually beginning to move out of kilter with everyone else. I was becoming different. Secretly I knew it. It wasn’t denial or avoidance. Perhaps it was the beginning of acceptance. It took me almost an hour to go from being at one of the best times of my life, to experiencing something completely foreign to me.
Halfway there my mobile phone rang. It was the boy. Not long returned from his honeymoon he was calling to catch up. I hated that I had to shatter his mood and give him cause to worry; he had been through his own darkness recently. But what can you do? We said goodbye and disconnected. I promised I would call him afterwards. Later he would tell his sister the news.
I kept walking, mind blank. No sound. The birds were still quiet. I reached the main road and the cars and trucks rolled along, making no noise at all as each one carried those inside towards their own destinations. Weird… Surreal…I didn’t pay too much attention to the phenomenon because I was already merging into that other, shadow world.
Almost there now.
I thought about how, depending on what I heard, I would either ring my husband or send the message, “All’s good.” I never sent that message.
I reached my destination and the receptionist was professional and kind, but she never really looked me in the eye.
I waited. Time rushed. Time froze. It was my turn.
I went in and sat down.
She gently closed the door and turned to face me.
‘I’m sorry to say it’s cancer,’ said my doctor.
Of course the birds never did stop singing. I just stopped hearing them for a while.

Thanks to all who participated!
Posted by Gordon Bonnet at 2:57 AM No comments: