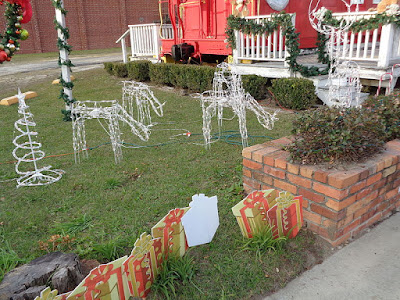 
“I guess,” George said, “poor Rudolph got to play in his reindeer games after all.”
Posted by Gordon Bonnet at 5:37 AM No comments:

Teaser from a work-in-progress: Lines of Sight

Here's a teaser of my current work-in-progress, a novel called Lines of Sight.  One suggestion: don't read this when you're alone at night.


There was nothing between her and the line of sagebrush.  She was alone in the New Mexico night.

Posted by Gordon Bonnet at 12:35 PM No comments: