Last year, while doing some research for a post on mystic (and presumed hoaxer) Carlos Castaneda for my other blog, Skeptophilia, I ran across a reference to a book I'd never heard of before -- Bless Me, Ultima by Rudolfo Anaya.  The writer of the article I was reading as background for my Castaneda post said, in essence, "If you're looking for a real exploration of the mystical beliefs of the Southwest, don't bother with Castaneda's made-up nonsense.  Read Anaya's Bless Me, Ultima, which (even though it is fiction) will give you a much more authentic picture of the beliefs and culture."  (I can't give you the exact quote, because I was unable to find the reference again, but that's the gist.)

I kind of forgot about the comment for some time, but then quite by accident stumbled upon a copy of it in Autumn Leaves, a wonderful used book store in Ithaca, New York.  So I bought it. 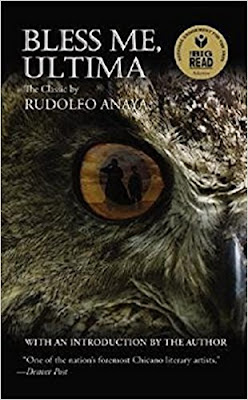 And I'm glad I did.  Bless Me, Ultima is a combination of a mythic account of a shaman and her apprentice, and a coming-of-age story.  It is by turns poignant, funny, and heart-poundingly thrilling.  The main character, Antonio Márez y Luna, tells the story of his relationship with the old curandera Ultima (whom Antonio's mother always refers to by the honorific "La Grande"), and how she took him under her wing and taught him what she knew about healing, nature, and life.

When things take a darker turn -- when Ultima angers a vicious and evil man named Tenorio Trementina, who vows to take revenge on her -- Antonio turns from pupil to protector, and is determined to stop Tenorio from harming the aged healer who has become his mentor and friend.  To tell you more about how this all plays out would be unfair; so I'll simply tell you to get the book.  It's that good.

So I'm glad that a chance reference, and then happening upon a used copy of the book, led me to Anaya's writing.  And the comment was right: besides being a good story, and an inspiring tale of coming-of-age, Bless Me, Ultima is a wonderful lens into the culture of the Southwest.  I recommend it without reservation.
Posted by Gordon Bonnet at 5:58 AM No comments:

Hi y'all... if you've enjoyed my tales of the paranormal, which have featured specters that abduct children (Signal to Noise), mechanical devices that focus psychic energy (Gears), and a man trapped in an interlocking set of alternative worlds where one misstep could mean death (Sephirot), you'll want a look at my new collection of short stories that spin more webs of magic, terror and the macabre!

Take a guided tour through the paranormal with sixteen tales of horror, humor, and the supernatural... 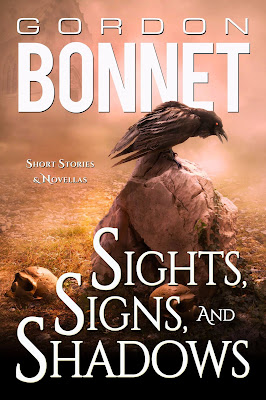 You’ll meet a man who’ll tell you your future if you give him a gift; pay a life-altering visit to a haunted ruin in the Central American jungle; have your photograph taken by a camera that steals time; peer into the cell of a prisoner in solitary confinement who may not be as alone as he thinks; and share the growing fear of a group of people trapped in an apartment complex during a category-5 hurricane as they realize that the storm itself might be the least of their worries.  In each story, you’ll get to know characters who are about to have their worldview turned upside down, and who are forced to navigate a landscape different than anything they ever imagined.

Now available in hard cover, paperback, and e-book!
Posted by Gordon Bonnet at 1:15 AM No comments: 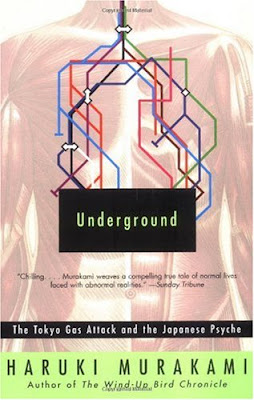 Just for what it's worth.
Posted by Gordon Bonnet at 7:14 AM No comments:

It's been a long while since I've posted here -- life intruded (as it is wont to do), I was out of state for ten days after being out of the country for 11, and I've just generally been running about frantically.  I have, however, been reading, and over the next couple of weeks I'll post reviews for some of my spring and summer reads.

Also... my short story collection, Sights, Signs, and Shadows, is now available for pre-order!  It's a collection of some of my best short stories, and one novella, "Convection."  The release date is August 17, and I hope you'll get it.  There's something in it for everyone -- scary, funny, thought-provoking, and a couple that (I'm told) will make you go through an entire box of Kleenex.

Then, in October, the first of my Snowe Agency Mysteries, Poison the Well, will be released.  The detectives at Snowe Agency are a unique bunch.  Competent, forthright Bethany Hale has precognitive dreams; suave Seth Augustine is a psychometer (he can pick up psychic traces from touching objects others have handled); shy, awkward Jeff Kolnikoff has a telekinetic ability that is off the charts; home-body and family man Troy Seligman can do astral projection; and brilliant, eccentric Callista Lee is telepathic.  They're all led by the silver-haired, elegant Parsifal Snowe, who brings all of these differing personalities and skills to bear on solving a particularly bizarre murder -- the poisoning death of an unknown man at a wedding reception, in front of two hundred witnesses.  See if you can figure out the murderer before they do!

In any case, look for some book reviews soon.  I'll start with a pair of books that I read in May -- the sequels to Ransom Riggs's wonderful Miss Peregrine's Home for Peculiar Children, Hollow City and The Library of Souls. 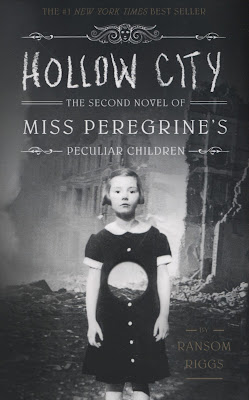 Both books held to the high standards for storytelling, evocative settings, and wonderful characters that the first one did.  The trio makes for a nice arc surrounding the reluctant Peculiar Jacob Portman, and his girlfriend, Emma Bloom.  They continue their adventures around England, trying to stop the evil Wights and Hollowgasts, and rescue the beloved Miss Peregrine and her friends from their clutches.  Along the way, we meet more Peculiars, and like the first book, the next two are replete with pictures of vintage postcards, each showing a child doing something very... peculiar. If there is one flaw in the series, however, it doesn't show up until the very end.  All along, the Peculiars have been in danger from "aging out" -- since they spend most of their time in Loops, places where the same day repeats over and over, most of them are in actuality very, very old, although they still look like children.  If they enter the real world, all the backlog of years catches up with them, and they age rapidly and die unless they can jump to another Loop.

So Jacob, who is a teenager of the 21st century, and his girlfriend Emma, who is from the 1920s, face what seems like an impossible hurdle -- if they're together, they run the risk of Emma aging in a few days to an elderly woman, and dying.

Which wouldn't be a very pleasant end to the story.

I won't give details -- what I've already said might be a bad enough spoiler -- but I thought the way Riggs handled this was too easy.  He takes the "Everything Is Fine Because Magic" route, which I thought was a cheap way to end the series.  But even that wasn't enough to spoil my enjoyment of the books, which are fun, entertaining, occasionally funny, often scary, and endlessly inventive.

In short: if you're a fan of fantasy books, read these three.  You won't be sorry.
Posted by Gordon Bonnet at 10:30 AM No comments: